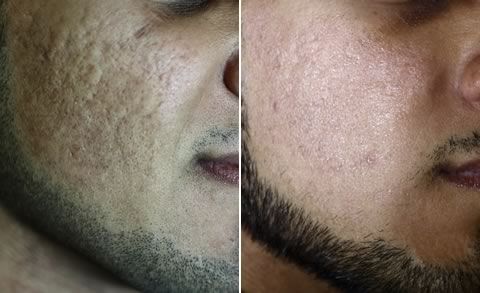 The CO2 laser is a carbon dioxide laser used in skin resurfacing. By heating the outer layer of the skin, the C02 laser stimulates collagen production, and the skin restructures itself as it heals. Our CO2 laser removes unwanted lesions, smooths out acne scars and correct irregular pigmentation. This treatment can deliver dramatic results and provide significant improvement.

How the C02 laser works?

CO2 lasers produce light at a 10,600nm wavelength, which is absorbed by water in the tissue. The laser energy heats up the water until it reaches a boiling point causing the evaporation of the affected tissue.

The C02 can be used on the entire face or specific areas. Your Dermatologist selects the amount of energy transmitted to the skin’s surface by the laser beam and controls the depth of penetration.

What skin conditions can a Co2 Laser Treatment improve?

How many treatments are required?

The treatments with Co2 Laser are often quite dramatic.

Depending on your skin type and skin condition, 1 to 3 treatments may be required to achieve optimal results.

To Make An Appointment

To Make An Appointment